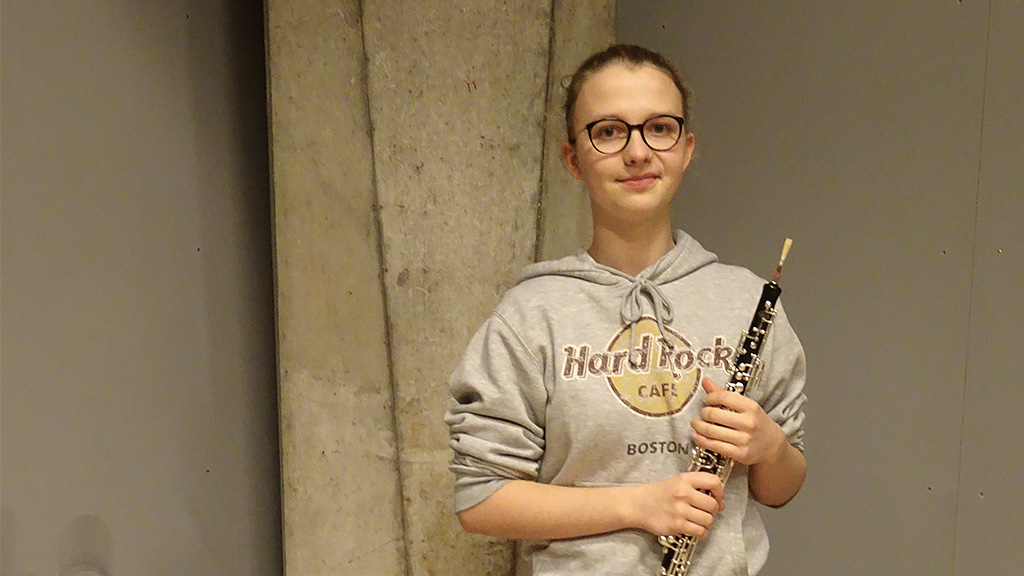 says Anouk Vandenbussche, who has played the violin since she was four years old, and oboe from the age of eight. The passion for oboe has only become stronger during the past eleven years. There was an oboe in the youth orchestra too, and Anouk wanted to play a wind instrument next to the violin. The choice was obvious; Anouk persues further training. She attends classes at the Conservatory in Kortrijk with Yf Bourry. Anouk wants to become an executive performer in an orchestra, as she likes playing in a team too. This was her contribution at the Concours de Bellan in Parijs earlier this month: